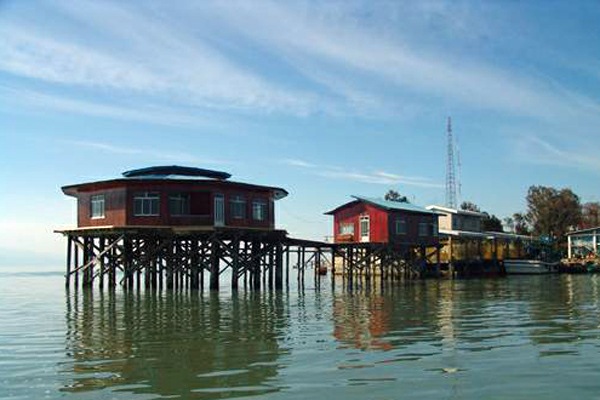 The term Ashuradeh in the Turkic language means the island of Assyria. The Turkmens also call this island Ashir because in ancient times the Turkmen coast used to bring their livestock to the island for grazing, and in this sense it means livestock and Ashir means to deliver. Ashuradeh range from the north to the Caspian Sea, from the east to a narrow gorge called the Chapag ogghli Strait and from the west to the Khozeini Canal And on to Miankaleh peninsula And from the south to Gorgan Bay leads.

Ashuradeh is historically very important and strategically important in Iranian history. Some historians believe that Ashuradeh was the island of Abscone that fled to the island at the time of the Mongol invasion of Iran, and died there in the year 1220. The peninsula was considered a hunting ground during the Safavid period and was therefore the stronghold of the island. In the year 1837, the island was occupied by Russian forces despite Iranian protests. After the occupation, Russian forces held a military outpost for decades. The island now has two monuments. The Russian castle, which was rebuilt during Reza Shah's time and turned into an outpost, and the house of the Russian secretary of state, has now been destroyed and the house is being demolished.

Ashurada is not uninhabited, and even up to one thousand people lived there by year's 1991, but in year 1992, due to rising water levels in the Caspian Sea and flooding, the inhabitants left the island and migrated to the Turkmen port. Currently, only the fishery staff resides there.

Ashuradeh is one of the protected areas of Iran, and so many animals, such as foxes, jackals, rabbits, pheasants, and all kinds of marine birds, live there. Apart from its remarkable wildlife, the island also has valuable plant life. For example, raspberry bushes and sour pomegranate trees are examples of the Ashuridae plant life.