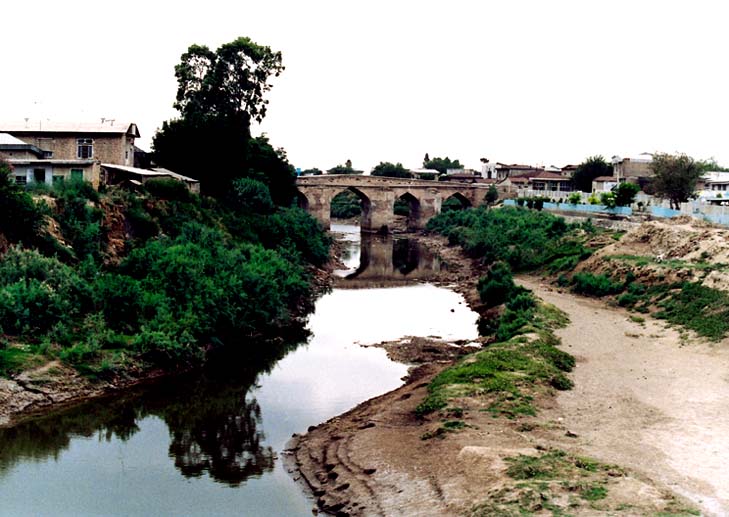 Gharasu is a river in the Turkmen Sahara area in northeast Iran. The main tributary of the river originates at a height of 2900 m from the Horse, Sous, and Ghaziman Mountains, and after crossing the springs and sub-tributaries called the Baghshah River, and a little further down the Garmab Plain, finally joins the Ghar-Su River with other tributaries. Its length is 160 kilometers south of the province with east-west direction. Its most important branches include Gormab plain, forty-four waters, Shasta Kola, Fassan River, Elang Valley, Noushan and Ziarat. This river after crossing several villages between Bandar Torkaman و Bandar-Gaz Next to the village of Qarah Soo Gorgan bay pours.

This river is on the one hand the most important feeder Gorgan bay On the other hand, it is one of the major breeding centers for bony fish such as kale, whitefish, wire, carp and kelp. In order to provide drinking water for Gorgan and irrigation of agricultural lands, Kowsar Dam has been constructed on the river Garmab plain;