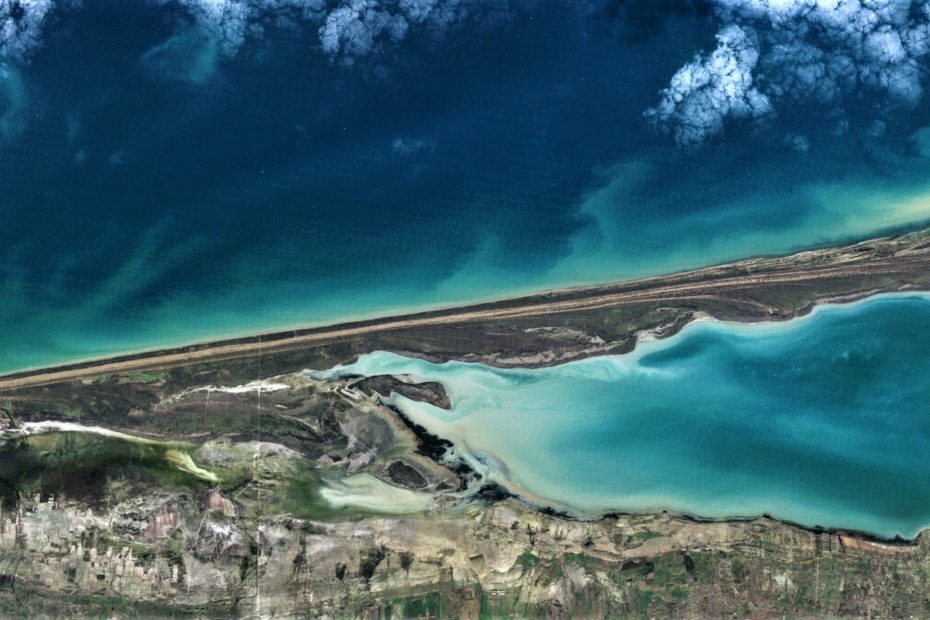 Gorgan Bay in Year 1976 with Miankale wetland And Zagmars Leppe (in Golestan and Mazandaran provinces) were listed as the world's first international wetland collection in the Ramsar Convention Wetlands Index to prove not only this bay, but its surrounding areas as well Miankaleh peninsula (Wildlife Refuge) and their international Gomishan wetland are a valuable environmental collection. Gorgan Bay is part of the Wildlife Refuge Mankale is considered.

Gorgan Bay Area is about 400 square kilometers. Gorgan Bay is shallow so that the maximum depth of water reaches 4 m, taking into account the high degree of water readiness, and from west to east to the south side of Ashurada, the depth of the water is increased. Miankaleh peninsula It has been found that the growth and proliferation of aquatic, oyster and chondrogenic fish and the recruitment of migratory winter birds play an important role. So we can say that Miankaleh peninsula And the Gorgan Bay is inseparable in geological and environmental terms.

Although Gorgan Bay and Miankaleh peninsula It has become a protected biodiversity, but the unnecessary and untimely catches, increased imports of industrial waste, livestock and agriculture on the one hand, and the environmental importance of the Gorgan Bay and the need for greater utilization of food resources for the country's growing population on the other are issues that could The need for more attention and more research on the characteristics of Gorgan and Gulf Mankale Peninsula To justify.

The Gulf of Gorgan not only has chrysanthemum, whitefish, mullet, etc., but also provides a significant share of the country's needed caviar. Ecology of Gorgan Bay affected by Caspian Sea, adjacent rivers and Miankaleh peninsula It has been found to play an important role in the growth and proliferation of aquatic, oyster and chickpea and winter migratory birds;

Research suggests that Caspian Sea water in the Gulf of Gorgan has been identified as suitable for fish farming but this area is by no means suitable for swimming. Tuberculosis, intestinal and infectious diseases, hepatitis, skin diseases and so on. Swimming souvenirs in this area are forbidden and polluted.

The development of industries in the province and the development of livestock on the banks of rivers have increased the risk of microbial contamination of the bay water. Experts say: The microbial agents that enter the Gulf through urban and rural sewage pose a threat to human health. The water of Gorgan Bay is very poor in terms of health and its water quality is lower than in other parts of the Caspian Sea in the northern provinces. Swimming in Gorgan Bay water is not recommended due to microbial contamination and the possibility of waterborne diseases and other health risks related to swimmer health.

The coastal waters of the Caspian Sea in the Gorgan Bay are in poor condition due to pathogenic indicator bacteria and there is a potential risk for swimmers. The processes of erosion, sediment transport, and sediment transport by hydrodynamic factors such as waves and sea-level fluctuations on the one hand and the inflow of river and wind sediment have given special importance to the Gulf of Gorgan. The four main groups of sand, mud, sand and mud sediments are accumulated in Gorgan Bay. According to experts, the knowledge of the transmission of diseases indicates that some diseases such as typhoid, infectious hepatitis, gastrointestinal diseases and intestinal diseases are caused by swimming and should be avoided in infected places.