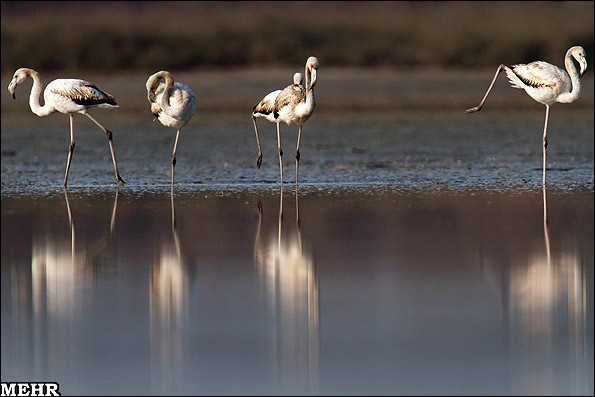 Miankaleh Wildlife Refuge comes from two distinct parts of the aquatic environment Gorgan bay And my name is the Mankale wetland and the dry land Peninsula of Miankaleh And other non-aquatic lands have been formed, including Ismail Said Island, the western and southern dry coasts.

Miankaleh International Wetland with an area of 23800 hectares is located in the east of the Caspian Sea in northern Iran. This ecosystem plays an important ecological role in the coastal systems of the southeastern region of the Caspian Sea. All logic Peninsula And the Miankaleh Wetland was protected as a conservation area in May1970 and was considered by UNESCO as a biosphere reserve in Jun1976. This wetland ranks first among protected ecosystems in northern Iran for conservation. Miankaleh wetland mainly has sludge bed.

This wetland is from the south Gorgan Bay, From the east to Ashooradeh Island And from the west Amir Abad Port leads. Hundreds of thousands of migratory birds each year fall in the wetland, such as flamingos, cormorants, swans, pelicans, ducks and eagles, and stay there until late winter.