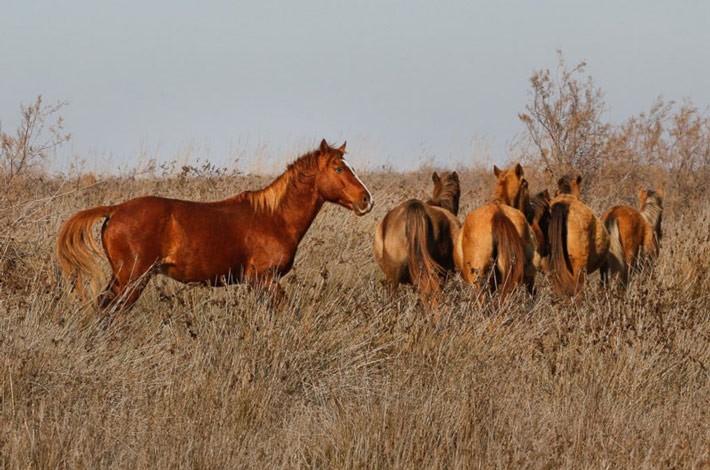 The Miankaleh Peninsula lies at the southeastern end of the Caspian Sea and is about 15 to 28 meters below sea level. The peninsula also has a length of about 55 kilometers and a width of between 1.5 and 4 kilometers. Miankale Peninsula, a product of the geo-morphological process of permanent Caspian Sea currents Gorgan Bay Separated from the Caspian Sea. Therefore, the peninsula runs from the north to the Caspian Sea, from the south to the south Gorgan bay, From the east to Ashooradeh Island And from the west Amirabad Port Is enclosed. Villages located along the peninsula include: Ashooradeh Island, Mesopotamia, North Ghezel, Ghezel Mahdi and Bucket Force.

The eco-system of the region is composed of waterfalls, swampy lands, forested areas with shrubs and gazebos. Plant species in the mid-Peninsula Peninsula include wild sour, raspberry, sage, azalea, hot dog, blackbird, whitefish, salty grass, reed and seven herbaceous. Much of the rangelands of the Myankale Peninsula are exclusively used for grazing livestock, and are covered by grassland and grassland. In saline lands of the region, the land is poorly covered and contains saline resistant plants.

The Midlands peninsula, with sufficient security and shrub cover, is also the permanent home of two valuable and protected endemic species of native birds of the north, the Pheasants of Khazri and Darragh, which thrive in the region throughout the year. Animal species in the Midlands Peninsula include wolves, myrtles, cheetahs, jackals, foxes, urchins, forest cats, boars and jaws of the Caspian Sea.